123>>
New Life for an Ancient Grain
Recommended By

Build resiliency into your organizational structure to be prepared for the unexpected.
ARTICLE How a Global Social Network Seeks Connection in Decentralization Tara Wanda Merrigan, Stanford eCorner
2 Oct 2019
In 2009, Airbnb was close to going bust. Like so many startups, they had launched but barely anyone noticed. The company’s revenue was flatlined at $200 per week. Split between three young founders living in San Francisco, this meant near indefinite losses on zero growth. As everyone knows, venture investors look for companies that show hockey stick graphs, and according to co-founder Joe Gebbia, his company had a horizontal drumstick graph. The team was forced to max out their credit cards.
ARTICLE How Design Thinking Transformed Airbnb from a Failing Startup to a Billion Dollar Business First Round Review

Product leaders — or commonly referred to as Product Managers — have great amounts of responsibilities, and one of the more challenging tasks that they are responsible for is, ‘finding or achieving product-market fit’. The framework for achieving product-market fit has five steps: Identifying the innovators and early adopters; Uncovering the target customers’ underserved needs; Building the value proposition strategy; Building the Minimum Viable Product (MVP); Testing, gathering, and incorporating customer feedback
Recommended By

ARTICLE Planning for Product-Market Fit Before Launch Nima Torabi, UX Collective
8 May 2020
It’s such an important message. Things that are instantly adored are usually just slight variations over existing products. We love them because they’re familiar. The most innovative products – the ones that truly change the world – are almost never understood at first, even by really smart people.
ARTICLE When You Change the World and No One Notices Morgan Housel, Collaborative Fund
3 Sep 2016
A few ideas that had a big impact on how I think about investing.
ARTICLE Investing Ideas That Changed My Life Morgan Housel, Collaborative Fund
19 Dec 2018
Investing is maybe 60% science, the rest art. Yes, it has numbers and formulas and rules. But the soft stuff you can’t measure or hardly even describe – the art of the business – makes all the difference in the world.
ARTICLE The Art and Science of Investing Morgan Housel, Collaborative Fund
8 Dec 2016
In January, I had the pleasure of organizing and moderating the Annual "Nuts and Bolts of Business Plans" seminar series at MIT. Although these seminars are aimed primarily at MIT students who are planning to enter the Business Plan Competition, many non-students attended as well. There were 12 excellent outside speakers covering the topics of marketing, finance, business plan basics, and "war stories." In reviewing the notes I took during the series, I was struck with how consistent the message was from these 12 speakers who never met each other, and how similar that message was to what has been said by the 50 or so unrelated speakers who have participated in the series over the past six years. Here is a summary of those messages.
ARTICLE The Business Plan Joe Hadzima, Jr. , MIT Enterprise Forum
2020
In this article, you’ll learn how product-market fit inspires you to create the best products that serve strong market demand.
Recommended By

ARTICLE What is Product-Market Fit? Full Scale
4 Dec 2020
The augmented reality (AR) game, Pokémon Go, has taken the world by storm as players roam the real world catching Pokémon and battling in Pokémon gyms. The game has set 5 records since its launch in July 2016 — including the most revenue by a mobile game in its first month ($206.5 million). Nintendo’s stock doubled 15 days into the release, adding $7.5B in value, but then settled back into a mere 50% increase when it became clear that Nintendo was a partner with limited ownership in the company that developed the game (Niantic, a Google spinoff).
ARTICLE Will Pokémon Keep GOing? Russell (Russ) Coff, Aya Chacar, Carpenter Strategy Toolbox
25 Aug 2016
There are probably 100 reasons why your company is great, but people can only really remember a few of them after a short presentation or pitch. With each one of you, we sat down and figured out the 5 to 7 most important ideas people should know about your startup. These 5 to 7 points are the ones you want investors to remember.
ARTICLE How to Design a Better Pitch Deck Kevin Hale, YCombinator
15 Nov 2015
There are seven circular steps to running hypothesis-driven and validated learning experiments using an MVP.
Recommended By

ARTICLE Running Hypothesis Driven Experiments Using the MVP Nima Torabi, UX Collective
12 Sep 2019
Sit down with your team and map out what Success looks like. Setting key milestones will keep you on course and give you something to work toward. You’ll determine important milestones in the life of your solution and come to understand what succeeding looks like. Think about a variety of time horizons. This resource page also shows what the time needed for this activity, the level of difficulty, the materials needed and participants required.
ARTICLE Define Success IDEO.org, Design Kit

A platform for tracking customer satisfaction among refugees in real-time
ARTICLE Building the First Ever Customer Service Platform for Refugees IDEO.org

An emerging literature focuses on learning from failures — both in terms of entrepreneurship and strategy more broadly. For some recent examples, see studies by Ariño and de la Torre (1998), Eggers (2012), and Kim & Miner (2007). It might appear that learning from success should be taken for granted — the actor has done something well and will naturally repeat the behavior.
ARTICLE Strategic Magic: Success stunts learning Donald Hatfield, Carpenter Strategy Toolbox
2 Jan 2015
Increasing women’s voice, influence, and control of money.
Recommended By 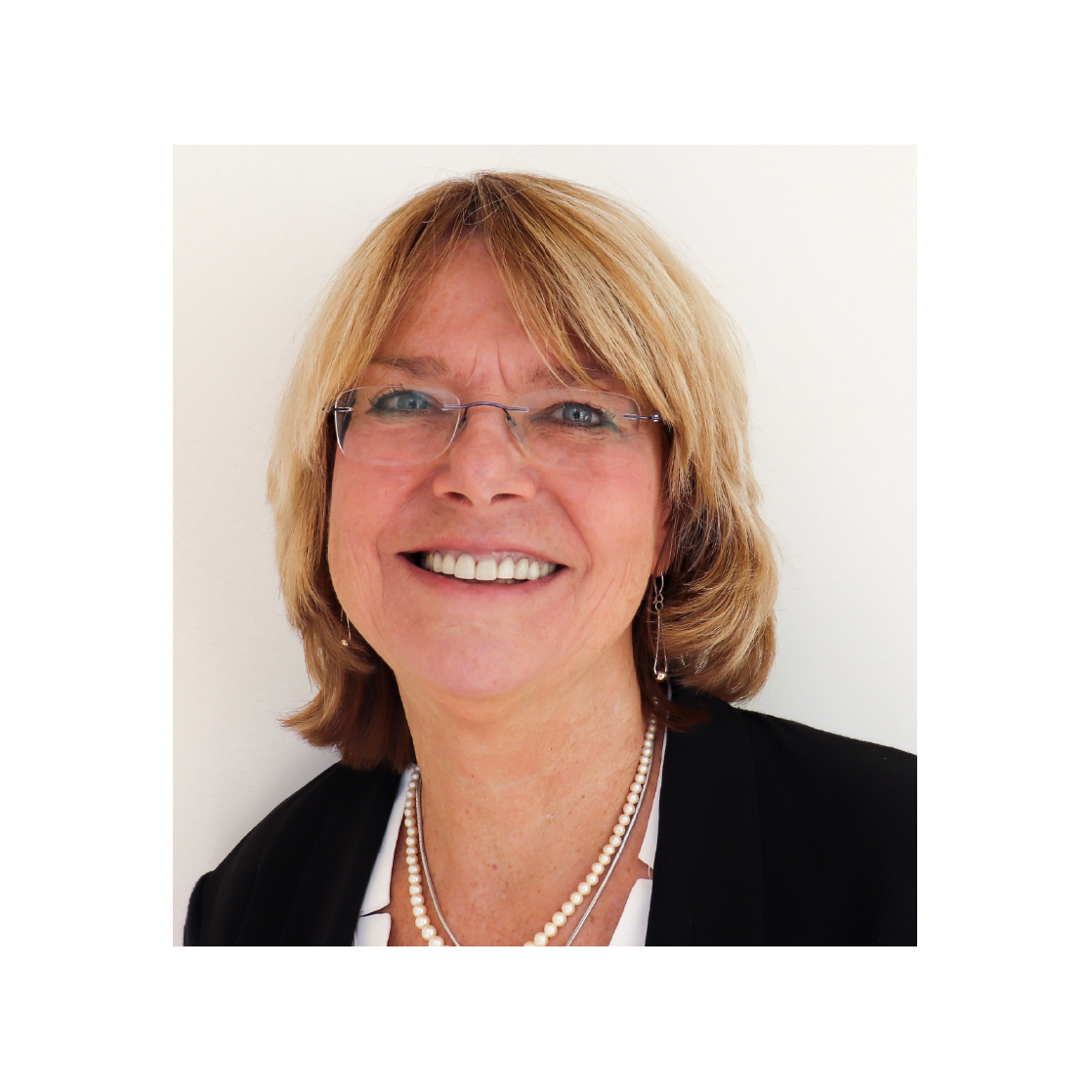 Redesigning the help-seeking experience to feel welcoming and free of judgment, regardless of where young people are in their journey.
ARTICLE The Youth Mental Health Center of the Future IDEO.org

Pay attention to your users. Give direct feedback about ideas, both good and bad.
ARTICLE Five Common Crowdsourcing Mistakes and How To Avoid Them Rachel Julkowski, Stanford eCorner
12 Sep 2018
How contraceptive education is empowering teens in the DRC to take care of their sexual health, and their future
ARTICLE Educating and Inspiring Teens About Reproductive Health IDEO.org

How Asili is laying the foundation of a new DR Congo
ARTICLE The Community Enterprise That’s Creating New Possibilities in the DRC IDEO.org

Most cold messages are poorly constructed wastes of time. But it is crucial that we all get better at cold contacting – both sending and receiving. Cold outreach is the only way we will burst the startup/VC bubble and introduce genuine diversity into a historically hermetic system.
ARTICLE The Case for Cold Contacting Sophie Bakalar, Collaborative Fund
29 Jan 2020
Using radio and social media to reduce youth violence in Guatemala City
ARTICLE Leveraging Media to Build a Generation of Changemakers IDEO.org

Every entrepreneur eventually reaches the same point. It is the gutter moment when they lie face-down in the mud. Rusty tin cans and cigarette butts lay nearby. It is the moment they wonder why they are still doing this—and most seriously consider quitting.
ARTICLE 3 Ways to Leverage the Science of Entrepreneurial Passion Kevin Taylor, FounderScholar
2020
This friendly digital assistant is helping financial coaches bridge aspiration and action
ARTICLE A Digital Financial Coach for Low-Income Americans IDEO.org

This is another in a series of columns on "how much things cost." This time, some metrics on the cost of employees.
ARTICLE How Much Does An Employee Cost? Joe Hadzima, Jr. , MIT Enterprise Forum
2020
These spaces are galvanizing girls to connect mind, body, and heart.
ARTICLE A Girls-Only Space to Get Trusted Advice on Life, Love, and Sex IDEO.org

Designing for what Zimbabwean farmers want most
ARTICLE Securing Futures, One School Fee at a Time IDEO.org

A lot of the advice we give startups is tactical; meant to be helpful on a day to day or week to week basis. But some advice is more fundamental. We’ve collected here what we at YC consider the most important, most transformative advice for startups. Whether common sense or counter-intuitive, the guidance below will help most startups find their path to success.
ARTICLE YC’s Essential Startup Advice Geoff Ralston, Michael Seibel, YCombinator
25 Sep 2017
Sixty-three percent of Americans desire self-employment. So what’s stopping them? And, are those who work for themselves really more satisfied than those working for others? In their 1998 article, “What makes an entrepreneur?” Blanchflower and Oswald analyzed data gathered from the United States and other industrialized countries, uncovering answers to these fundamental questions about who becomes an entrepreneur.
ARTICLE What makes an entrepreneur? Kevin Taylor, FounderScholar

Open a Book, Spark an Imagination
ARTICLE Igniting a Love of Reading Among Child Refugees IDEO.org

In the Harvard Business Review article “Why Design Thinking Works,” Jeanne Liedtka reveals the results of a seven-year study she did looking at 50 business projects in a range of sectors. What she found was this: “I have seen that…design thinking…has the potential to do for innovation exactly what TQM [total quality management] did for manufacturing: unleash people’s full creative energies, win their commitment, and radically improve processes.”
ARTICLE 8 Great Design Thinking Examples Voltage Control
15 May 2019
123>>